Abhishek Bachchan, Nawazuddin Siddiqui and others who might be the PERFECT CHOICE for MOST WANTED GANGSTER – Vikas Dubey in a movie… 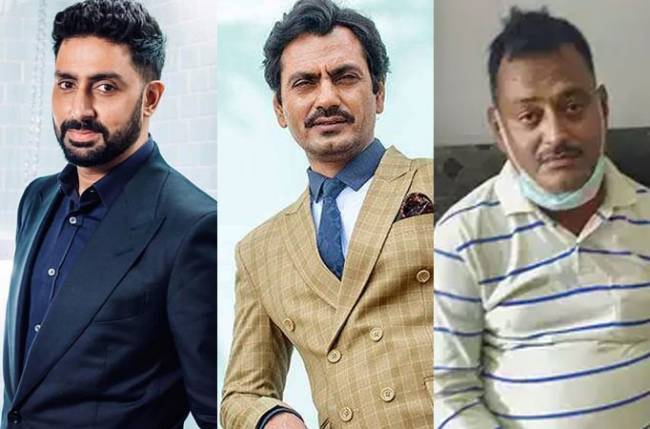 MUMBAI: Films have always entertained us and taught us a thing or two.

While there was a time that the concept was fictional and presented us beautiful love stories and family oriented tales, the times have changed and now it brings to us interesting projects which are closer to reality. Historic shows and movies inspired by real life events are churned out and go on to become blockbuster hits the instant they hit theatre screens. Afterall, who wouln’t want to have a visual recreation of what had actually happened back then?

There is  a buzz doing the rounds that  a lot of producers are wanting to make a movie on the encounter of Kanpur based gangster, Vikas Dubey who was shot dead on 10 July 2020 in an encounter. Reports have it that he tried to flee from police custody.

While popular Bollywood actor Manoj Bajpayee has expressed his wish to play Vikas on the big screen, we bring to you a list of actors who might be able to ace the role with utmost perfection given their deft of acting. Here you go! It has always been method acting about Nawaz. Speak about darker shades and Nawaz’s name is bound to pop in your mind. The actor has proved his acting finesse especially in negative shade and dark, layered roles. He would surely ace the character of Vikas in a movie. Pankaj have carved a niche with his stellar performances in many projects and we believe he would look perfect as the gangster Vikas Dubey. Prakash has aced many gangster roles and his physique and appearance might be apt for the role. Remember Guru starring Abhishek? We believe he would make for a phenomenal choice as the most wanted gangster. Manjrekar needs no introduction. His performance in a fleet of movies has gained accolades and he can be a stellar choice as Vikas Dubey.

Who amongst these can portray the character better according to you? Can you think of other names who would make for a perfect cast? Hit the comments section below.