Ira Khan and Nupur Shikhare are currently vacationing in Kaza, Himachal Pradesh. Nupur Shikhare shared a series of pictures of them cuddling dogs on the way. He uploaded it on Instagram and captioned it,” We made some new friends #dogs #dogsofinstagram#puppy #travel #love #cutenessoverload”. 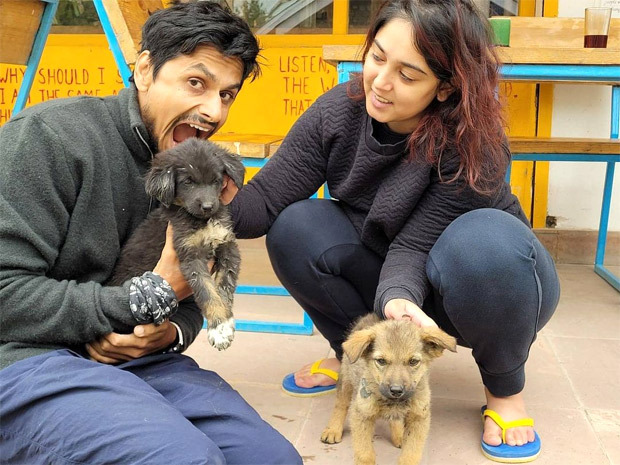 The duo had announced their relationship this year and are seen sharing lovey-dovey pictures of each other on their respective handles. The couple spends a lot of time together and often go on vacations together. Ira has earlier confessed about suffering from mental health issues and launched Agastu Foundation where she is often seen having a discussion about mental stability on her Instagram page.

Ira Khan is a budding director and debuted in film direction a few years back. she directed a timeless piece Euripedes’ Medea with Hazel Keech in lead and was staged at Prithvi Theatre. Ira is Mr. Perfectionist Aamir Khan and Reena Dutta’s younger daughter while Junaid Khan being the elder one. Aamir divorced Reena in 2002 and later went on to marry Kiran Rao. Recently Aamir also got separated from Kiran and the duo gave a joint statement together. They have a son named Azad Rao Khan together whom they will co-parent.