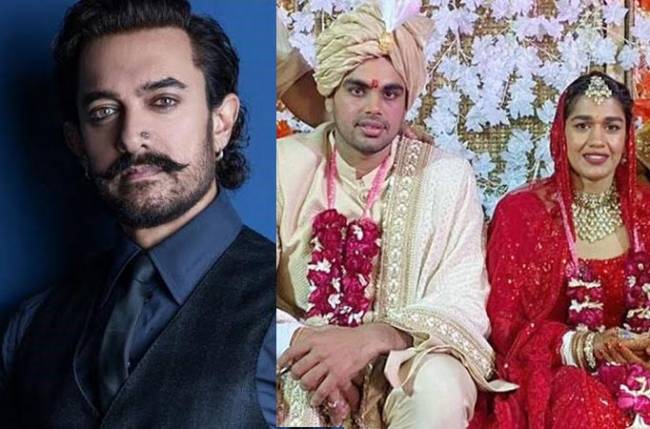 MUMBAI: Earlier, we had informed you about wrestler Babita Phogat and Vivek Suhag’s wedding, which took place on 1st December. The couple got married in a traditional close-knit ceremony. The pictures of the newlyweds have been circulating on the social media ever since then and they have been showered with congratulatory wishes for their married life. Amongst many who poured their best wishes for the newlyweds, Dangal actor Aamir Khan was one of them who wished the newlyweds.

Dear @BabitaPhogat, wishing you and @SuhagVivek a happy, healthy and fulfilling marriage together.
Love.
a.

In 2016, Aamir starred in Dangal which was a film based on the two real-life wrestlers, Geeta Phogat and Babita Phogat. Aamir Khan played the role of their father, Mahavir Singh Phogat who trained his daughters for the Commonwealth Games despite the existing social stigma.

A few years ago, Aamir had attended Geeta’s wedding in November 2016, which took place in her village Balali in Haryana. Aamir is quite close to the Phogat family.

Zaira Wasim and Suhani Bhatnagar played the younger versions of Geeta Phogat and Babita Phogat in the film, whereas Fatima Sana Shaikh and Sanya Malhotra were seen stepping into the shoes of the two wrestler sisters later on.

On the work front, Aamir who was last seen in Thugs of Hindostan is currently shooting for Laal Singh Chaddha. He will be teaming up with 3 Idiots co-star Kareena Kapoor Khan. The film is a remake of the 1994 classic Forrest Gump and is slated to hit the screens in 2020.