Well, undoubtedly Sara Ali Khan and Sara Ali Khan are one of the most adorable father-daughter duos of Bollywood. Both of them share a really close and special bond with each other. Recently, a throwback picture of them from Sara Ali Khan’s childhood days has gone viral on the internet. 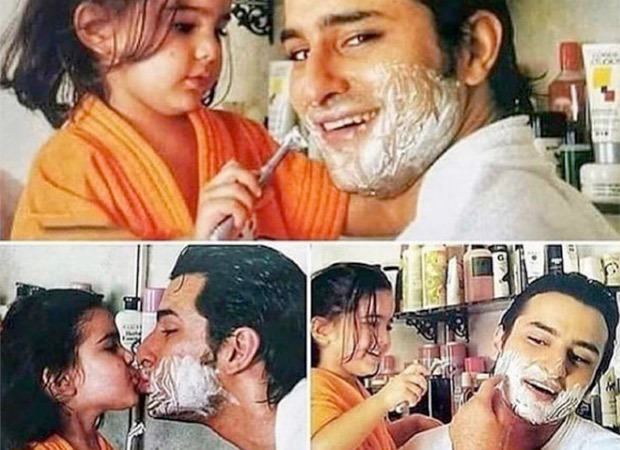 In the picture, little Sara Ali Khan can be seen in an orange bathrobe doing father Saif Ali Khan’s shaving. While the young Saif Ali Khan in his early 20’s can be seen sharing some cherishable and little moments of joy. In one of the pictures, the duo can be even seen sharing a kiss. Really, this is just one of the most adorable things that have been surfacing on the internet. The picture has been receiving lots of love from the netizens and they’ve been drooling over it.

On the work front, Saif Ali Khan is awaiting the release of Adipurusdh. Whereas Sara Ali Khan will be next seen in the film Atrangi Re.

ALSO READ:“Bunty Aur Babli 2 is a film that has something for every age group” – Saif Ali Khan