Please Like Us!!!
DesiGoogly > 7 memorable stage performances of THE BOYZ that will take you on a ‘Thrill Ride’

South Korean 4th generation powerhouse group THE BOYZ made a comeback with their sixth mini-album ‘Thrill-ing’ on August 9, 2021. The album contains six songs, each catchier than the last. Since their debut in 2017, the group has delivered fun dance numbers and enthralling performances stages. They have performed dance covers of songs by EXO, BTS, GOT7, TWICE, to name a few. 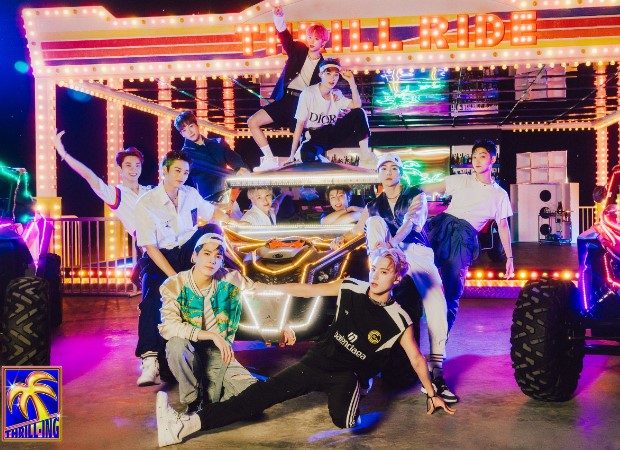 In celebration of their latest comeback mini-album, let’s take a look at some of the fun and engaging dance numbers by THE BOYZ. Here are seven best performances by THE BOYZ.

Who would have thought that SF9’s ‘O Sole Mio’ can be clubbed with the infamous The Red Wedding from Game of Thrones? THE BOYZ did. The musical reality show Kingdom: Legendary War has given us a bunch of memorable performances and THE BOYZ’s ‘O Sole Mio’ (The Red Wedding) is a must-watch. The group delivered their own rendition of SF9’s Latin themed dance number by adding their own spin to it. The choreography and even the props used add a powerful punch to their performance. THE BOYZ’s ‘O Sole Mio’ is full of razzmatazz and delectable moments!

DANGER (original by TAEMIN of SHINee) – ROAD TO KINGDOM(2020)

SHINee’s Taemin is known to deliver visually stunning performances. Taking up a Taemin song is not an easy moment but THE BOYZ proved their prowess with a star-studded cover performance of Taemin’s ‘Danger’. They played on the idea of ‘Danger’ to its fullest and presented the audience with a ‘thief’ concept. The other participant groups, along with the fans were left awestruck with this blockbuster performance.

The musical reality show Road to Kingdom has given us a bunch of memorable stages by THE BOYZ. The group, which is known for their charming concepts, enthralled the audience with one thrilling concept after another at Road to Kingdom. One such performance is ‘Catching Fire’. THE BOYZ literally set the stage on fire with their choreography in this one. The group went onto win the season.

THE BOYZ’s latest song, ‘Thrill Ride’ is a visually stunning joy ride. The song is pleasant to listen with the smooth vocals and pop music. What can make this track, even more fun than its original rendition? It is of course, the comeback stage! The set was recreated like music video. THE BOYZ had immense fun while being back on stage. The song is titled ‘Thrill Ride’ but it just became a fun ride with the addition of this stage.

When the group was still a rookie, they performed at the MCOUNTDOWN stage. Who said that boy groups cannot cover girl group songs? THE BOYZ performed TWICE’s hit bubblegum pop song ‘What is Love?’ at the show. Their performance was interesting because they retained the cuteness of the song and made the song wholly their own while performing.

‘The Stealer’ is easily one of the popular title tracks of THE BOYZ. The power in the sing and the slick and sexy choreography exudes their charismatic aura. But, the ‘epic ver’ of the song on this year’s Kingdom: Legendary War totally made it a memorable stage performance. The modern contemporary blend to it added such a charm to the song. Adding to that, even Studio Choom version of the performance is immaculate. Watch the music video for ‘Thrill Ride’ by BOYZ below: