Please Like Us!!!
DesiGoogly > 5 Years of Dangal: “The song is a funny point of view of children who are disinterested in training” – says lyricist Amitabh Bhattacharya about quirky composition of ‘Haanikaarak Bapu’

Bollywood actor Aamir Khan’s Dangal clocks its 5th anniversary since its grand release on 23rd December 2016. The film also gave Bollywood two incredible actors, Fatima Sana Shaikh and Sanya Malhotra, who portrayed the roles of Aamir Khan’s daughters Geeta and Babita Phogat in the movie. The movie was directed by Nitesh Tiwari and is arguably one of the biggest hits of Aamir Khan’s career. To celebrate Dangal’s 5th release anniversary, we are going down memory lane. 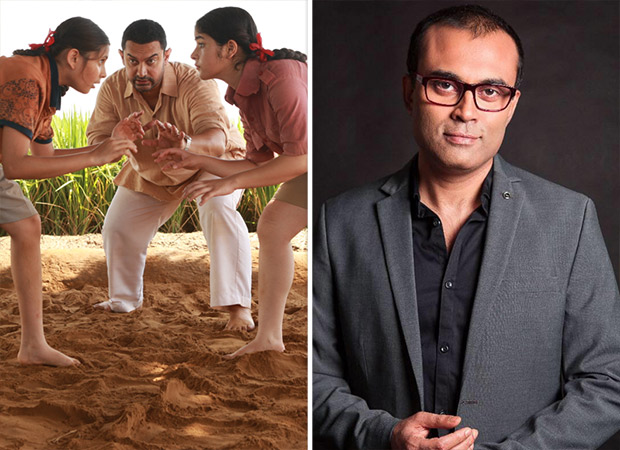 The film’s music was given by Pritam and Amitabh Bhattacharya. In a past interview with Bollywood Hungama, Amitabh talked about the quirky composition of the song ‘Haanikaarak Bapu’ which was largely celebrated by youth after its release. The songwriter explained the significance of the song saying, “The song talks about how children are being trained by the ‘Bapu’ who is trying to add discipline in their lives. The song is a funny point of view of children who are disinterested in training. Then we started to reminisce our childhood; so how do you present this plight that is catchy and relevant and people understand it as well.”

“Me, Pritam and Aamir were together and toying with the idea when I came up with ‘Bapu tu toh sehat ke liye hanikarak hai. I told them and they liked it,” he said adding further that is how he came up with the lyrics.

On the work front, Aamir Khan is currently shooting for Laal Singh Chaddha which is all set to release in 2022. Along with Aamir, Kareena Kapoor Khan is playing one of the major roles in the movie. Laal Singh Chaddha is a Hindi adaptation of the Hollywood movie Forrest Gump.

Also Read: 5 Years of Dangal: “I got Dangal only because of myself” – Fatima Sana Shaikh on bagging the role of Geeta Phogat