When Saif Ali Khan turned world’s best dad as he pacified a crying Taimur Ali Khan at the airport; Watch 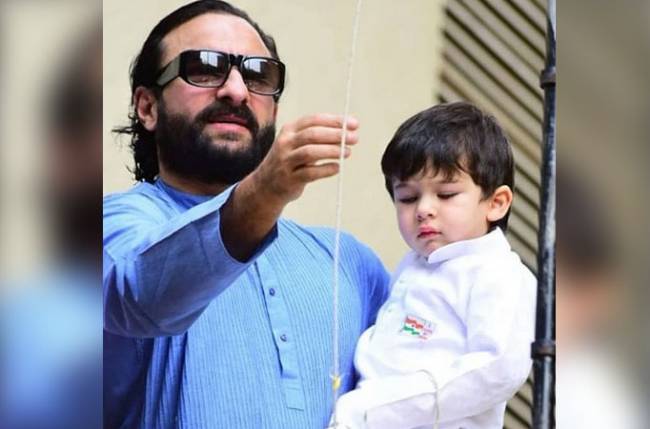 MUMBAI: Taimur Ali Khan can bring internet to a grinding halt with just one photo or video of his so much so that when Taimur was papped with mother Kareena Kapoor Khan and father Saif Ali Khan wearing a mask amid the pandemic, fans of  the star kid were overjoyed to get a glimpse of the little munchkin. Now we all know that Taimur’s airport photos are loved by one and all, and now amid the pandemic, we don’t quite know as to when will we snap Tim at the airport, but while browsing through the internet, we got our hands on a throwback video of Taimur and Saif Ali Khan wherein the little munchkin started crying during a flight exchange.

Well in the said video, we can see Taimur crying at the airport while doting daddy Saif Ali Khan is trying to console him. In the video from the airport, Taimur is crying and telling Saif he’ll not do something while Saif is trying to pacify his little son. Soon after, a small crowd gathered around Taimur and Saif but we quite liked how Saif did his best to console Tim. Later, Taimur listens to his daddy and stops crying and walks hand in hand and in the video, Saif is seen wearing a lilac coloured kurta with white pyjamas while Taimur in a blue tee with horizontal stripes and blue jeans.

Earlier, in an interview, Saif Ali Khan had said that Taimur is more media-savvy than either him or Kareena Kapoor Khan and Saif also revealed how Tim calls the photographers ‘Mediawale’. But on various occasions, Saif and Bebo have expressed a sense of concern on how their little son is constantly being chased by cameras. On the work front, while Kareena will next be seen in Laal Singh Chaddha opposite Aamir Khan, Saif Ali Khan was last seen in Mukesh Chhabra’s Dil Bechara, wherein he had a special appearance.