When Karishma Tanna became a target for Rohit Shetty 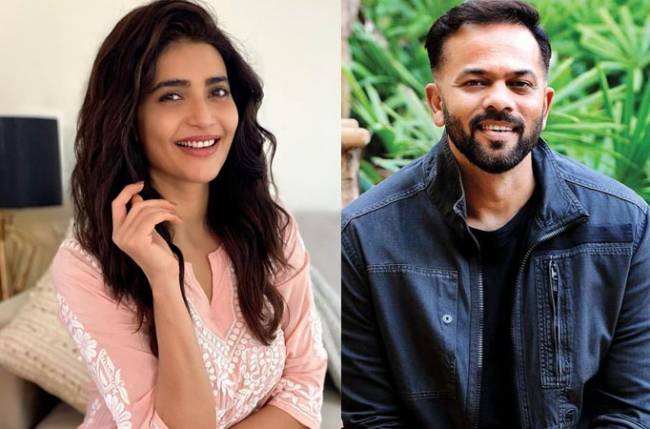 MUMBAI: Khatron Ke Khiladi 10 is doing very well on television as the show is at the top of the BARC charts. As we have seen in the previous episodes, the contestants are having a tough time completing the stunts.

While some called it quits, others have had a complete breakdown. And then there are also some who managed to complete the stunts with host Rohit Shetty’s encouragement.

Now many times, we have seen how Rohit Shetty has warned the contestants to be in their limits, and not to mess with him.

Now we came across a video where Rohit Shetty puts the actress on spot.

In the video, he asks who is his favourite student and Karishma tells it’s her and the then he puts her through a stunt with spiders and insects.

Though it was a prank sort of a thing, Karishma does it sportingly. The actress is not only Rohit Shetty’s favourite but also the audience loves her as she does every stunt.

Well, it’s good to see Rohit Shetty diverting and relaxing the contestants before the stunts and they are really tensed before they are pushed into danger.

For more news and updates from the world of television and movies stay tuned to Tellychakkar.com