Here are a few Bollywood celebrities whose names were taken in connection with consuming drugs. 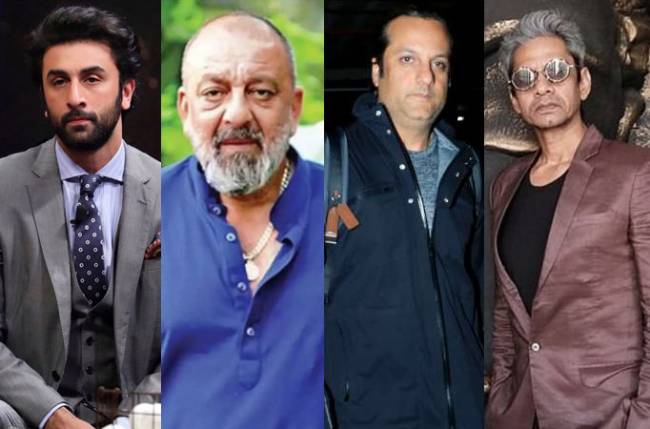 MUMBAI : The SSR case has taken a drastic turn from where it was started. We are seeing a shocking drug angle now. Bollywood actress Kangana Ranaut was seen making some stunning statements in an interview with media channels about Bollywood having a close relationship with drugs.

This is not the first time that Bollywood and drugs have been linked. Many Bollywood celebs have had their share of drug problems in the past.

Have a look at a few.

Rajneeti and Sawariya actor Ranbir Kapoor was once addicted to drugs. He admitted this in an interview with the media and said he did weed and marijuana on a regular basis when he was in acting school. The actor admitted to being high for some scenes in his epic movie Rockstar so that the scenes would look more real.

The MunnaBhai of Bollywood, Sanju Baba was into drugs and was sent to rehab by his father Sunil Dutt. The actor also claimed that he did all types of drugs in his life.

Fida actor Fardeen Khan, who is not to be seen now in the industry, was a drug addict. The son of the immensely talented and famous Feroz Khan, was loved a lot in Bollywood, but he was caught with a small quantity of cocaine in the Juhu area of Mumbai back in 2001.

(ALSO READ: SSR death probe: Forensic reports to be out on the 17th September, hint at suspected homicide)

One of the finest comedians in Bollywood, Vijay Raaz, who is known for his role in the movie Run, was once caught at the Dubai Airport for possession of marijuana.

The actress whose demise is still a big mystery, the talented Parveen Babi, after her break up with Mahesh Bhatt, allegedly became addicted to LSD.

Dil Se actress Manisha Koirala was loved by fans all over for her amazing looks and acting skills. But she saw the dark side of drug abuse, which not only destroyed her career but also affected her personal life. Now, she is an ovarian cancer survivor.

Well, these were some top names from Bollywood who consumed drugs at least once in their lives.