The promotions of Laxmmi Bomb starring Akshay Kumar and Kiara Advani have begun. The trailer released earlier this month and garnered tremendous response. The horror-comedy sees Akshay’s character is possessed by the spirit of a transgender person who is out to seek revenge. The trailer has comedy scenes as well as the drama that has impressed people. 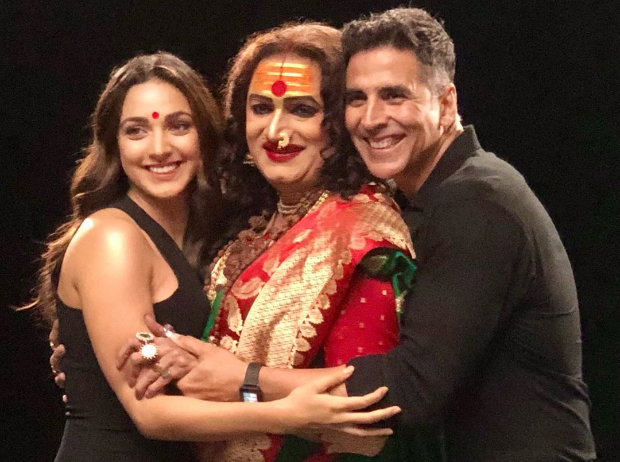 For the promotions, Laxmmi Bomb stars Akshay Kumar and Kiara Advani reached the sets of The Kapil Sharma Show. They were joined by a special guest, Laxmi Narayan Tripathi who is a human rights activist and works for transgender rights. Akshay shared the picture on his Instagram and captioned, “Three’s not always a crowd! Team #LaxmmiBomb with the real Laxmi on sets of #TheKapilSharmaShow today!”

Laxmmi Bomb is premiering in India on Disney+ Hotstar VIP on 9th November.