Another development in the Sushant Singh Rajput death case, drugs angle, Times Now reported that MLA Manjinder Sirsa who alleged that stars looked in a drugged state in Karan Johar’s video from his house party, last year, now lodges a complaint with the NCB. Read On 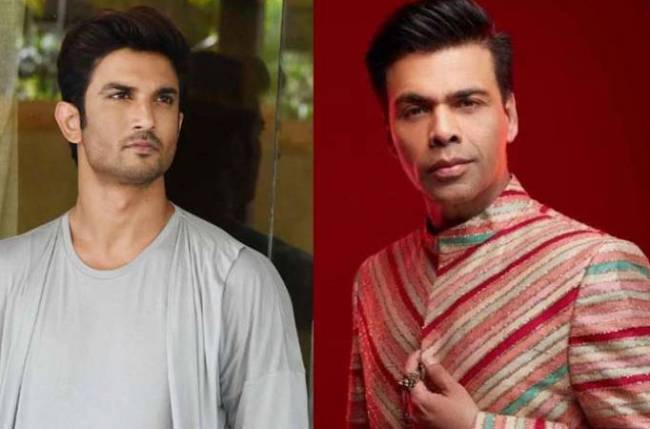 MUMBAI: The SSR case has been taken care by the CBI, NCB and the ED and the prime suspect Rhea has been arrested by the NCB, also many fingers have been pointed out at Bollywood celebrities with reports alleging a so-called drug nexus going on. Meanwhile, it was last year that Karan Johar got in trouble for a video he shared on social media from his house party that featured Deepika Padukone, Shahid Kapoor, Varun Dhawan, Malaika Arora, Arjun Kapoor, Vicky Kaushal and others. Now, in an important development in the SSR death case and drugs angle, reports state that MLA Manjinder Sirsa who alleged that stars looked in a drugged state in Karan Johar’s video from his house party, last year, now lodges a complaint with the NCB.

Times Now reported that a 30 minutes meeting took place between MLA and Akali Dal member Manjinder Sirsa and Narcotics Control Bureau chief. As per the report, MLA Majinder Sirsa submitted with the NCB chief and filed a complaint against Bollywood biggies. The report stated that the Akali Dal member went on to complain to the NCB chief asking him to investigate against B-Town biggies who he has been following over a year now.

The report also stated that after MLA Majinder Sirsa’s complaint letter to the NCB, he was assured that they will investigate it. On the other hand, on August 26, 2020, Majinder Sirsa also wrote to the honourable Prime Minister’s office with hopes of justice, asking for a clear investigation so that the country will have access to the truth of what happens in the Bollywood parties.

It was recently after Sushant Singh Rajput’s death that the video from KJo’s 2019 house party resurfaced on the internet. On the other hand, in an interview with Rajeev Masand, Karan Johar broke his silence and dismissed all allegations. KJo was quoted saying, “I took that video with all the earnestness… would I be putting out that video if there was anything happening at all, I am not stupid.” He rubbished all claims made by MLA Majinder Sirsa and mentioned he took the video with all the earnestness.