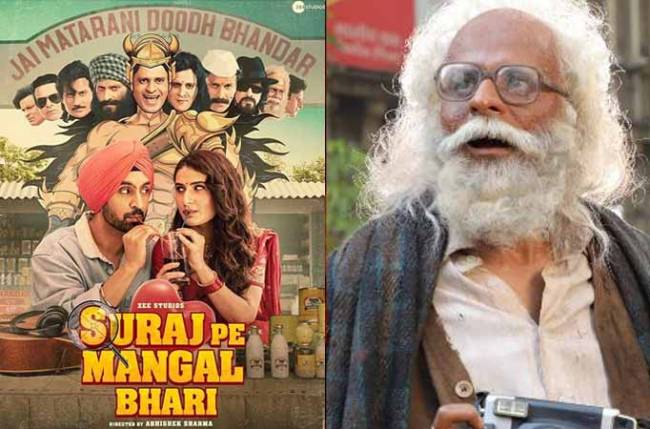 MUMBAI: Manoj Bajpayee a name which defines versatility, a man who is the perfect example of dedication towards his work and hard work, the actor is gearing up for his next release Suraj Pe Mangal Bhari, has shared a behind-the-scenes (BTS) video from the film on social media. The actor can be seen portraying six different avatars in the film. In the BTS video, it can be clearly seen how much effort went behind each of Manoj’s looks. The trailer of the film has been dropped by the makers recently. The film also stars Diljit Dosanjh and Fatima Sana Sheikh in the lead role.

From looking like an old man to wearing a saree and behaving like a woman, Manoj has stunned everyone with his sheer dedication and hard work. In the film, the brilliant actor plays the role of Mangal, who is a detective and primarily collects evidence for grooms and brides families. While sharing the BTS video on Twitter, Manoj wrote, “#Here’s a sneak peek into the mystery surrounding the national man of mystery! #SurajPeMangalBhari, releasing this Diwali (sic).”

ALSO READ – (Rohanpreet Singh and Neha Kakkar make for the most beautiful bride and groom; CHECK OUT)

Suraj Pe Mangal Bhari is a comedy flick set in the 90s. The story of the film revolves around Suraj Singh Dhillon played by Diljit Dosanjh, who searches for a suitable bride for himself. And the comic ride unfolds when Suraj and Mangal (Manoj Bajpayee) collide.