Actor Shah Rukh Khan’s daughter Suhana Khan recently took to her Instagram stories and shared a post on misogyny. Sharing the post, she pointed out how the ‘double standards are scary. 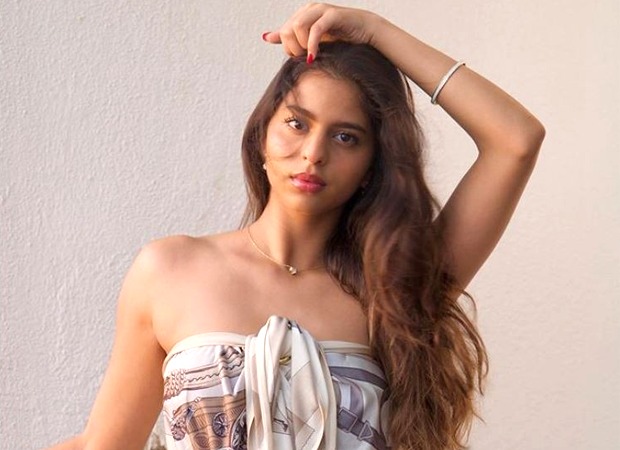 The original post read, “Misogyny is not only conscious hate towards women, it’s also subconscious conditioned hateful behaviour towards women. You don’t have to consciously think you hate women but ask yourself why when a woman does something you feel more triggered than if it was done by a man.” Sharing the post, Suhana wrote, ‘the double standards are scary’. 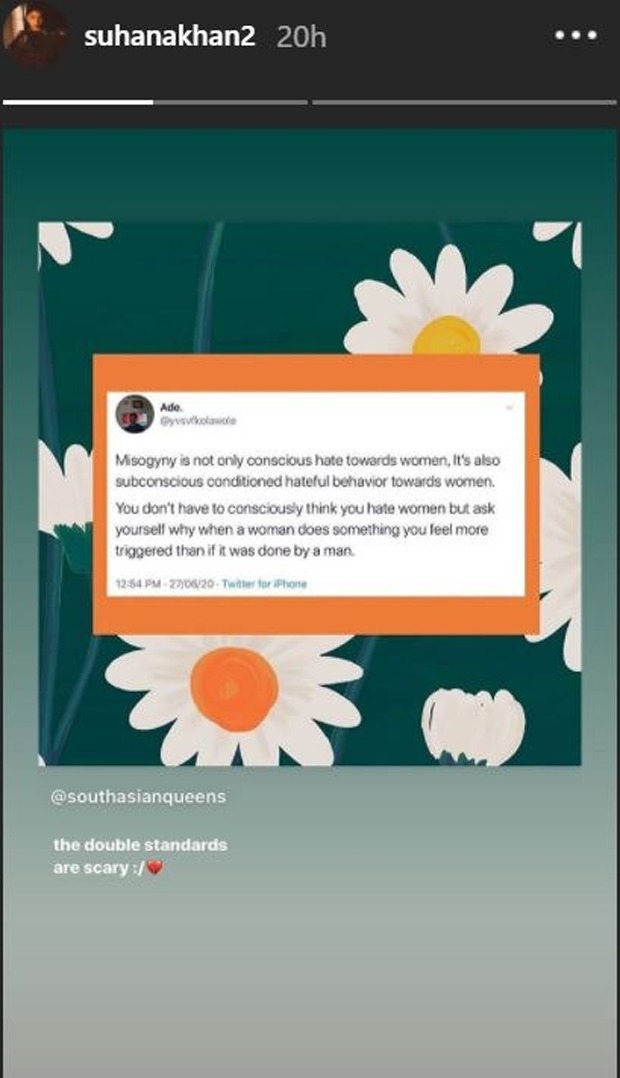 This post by Suhana Khan comes at a time when women from the film industry are being targeted in the ongoing drug probe related to the death of Sushant Singh Rajput. Bollywood actress Rakul Preet Singh, Deepika Padukone, Sara Ali Khan and Shraddha Kapoor were issued summons by the Narcotics Control Bureau (NCB) earlier this week. Rakul Preet Singh appeared today in front of NCB and reportedly confessed that she did talk about drugs with Rhea Chakraborty. She said that she did keep drugs with her but did not consume them and said that it was for Rhea. The other three actresses will appear before the NCB on Saturday.