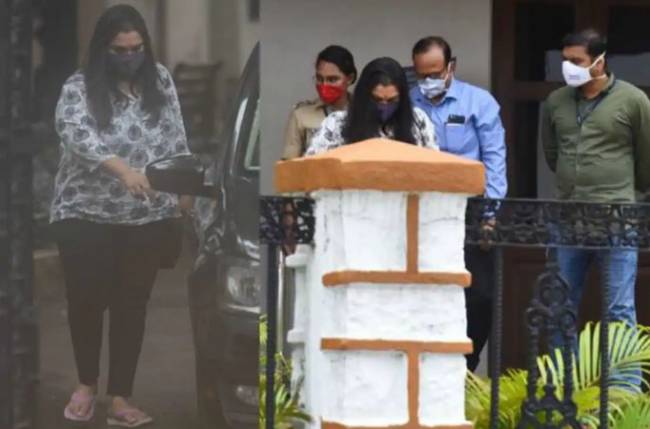 MUMBAI: Hours after Bollywood actor Sushant Singh Rajput‘s former manager Shruti Modi appeared before the Narcotics Control Bureau (NCB) for questioning on Wednesday, she was sent back as one of the officers tested positive for Covid-19.

NCB Deputy Director K.P.S. Malhotra in a statement said, “A team member of the NCB SIT tested positive for Covid-19, the antigen test report was just received by NCB.”

Malhotra said, in view of that other SIT members, etc., will be also tested as a precaution, and all due protocols laid down will be followed.

“Accordingly, NCB has sent back Shruti Modi, who had joined investigation today morning,” he said.

Shruti Modi was summoned on Tuesday by the NCB to join the probe. Besides Shruti Modi, Sushant’s talent manager Jaya Saha was also summoned by the agency.

The questioning of Shruti Modi is part of the NCB investigation in the wake of a case registered at the request of the Enforcement Directorate.

The NCB has till date arrested over one and half dozen people in connection with the Sushant death case.

Sushant’s girlfriend Rhea Chakraborty, her brother Showik, Sushant’s house manager Samuel Miranda and several others have been arrested by the NCB.

The NCB has registered a case on the request of the Enforcement Directorate (ED) after the alleged drug chats of Showik, Miranda and several others came to the fore.

Sushant was found hanging in his Bandra’s Mont Blanc apartment on June 14.

Besides the CBI and the ED, NCB is the third agency to probe into the death case of Sushant.

Meanwhile, in a significant development, the names of Bollywood celebrities like Sara Ali Khan, Rakul Preet Singh and Simone Khambatta have apparently emerged in the NCB probe into the drugs angle surrounding the mysterious death of Sushant, official sources said.