As per the latest report by a news channel, Rhea Chakraborty and Showik Chakraborty’s bail petitions may be filed by lawyer Satish Maneshinde in Bombay High Court today. Both Rhea and Showik were sent into custody after the Narcotic Control Bureau arrested them in drug connection related to Sushant Singh Rajput’s case. 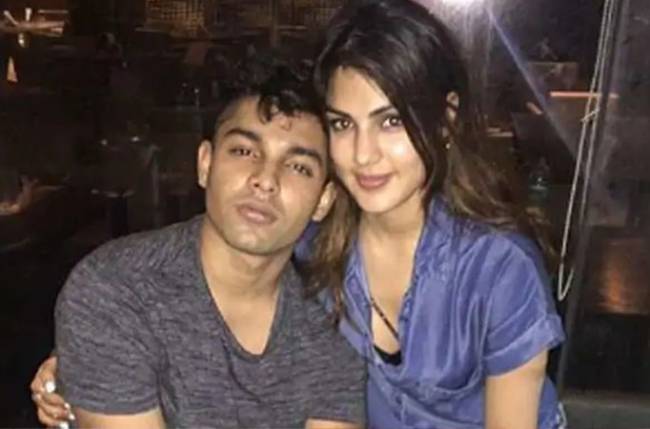 MUMBAI: Rhea Chakraborty and Showik Chakraborty’s lawyer Satish Maneshinde is likely to file their bail plea in Bombay High Court today. Earlier, the Sessions Court had rejected Rhea and Showik’s bail plea after the Narcotics Control Bureau had opposed it. Post that, both Rhea and Showik were sent into judicial custody for 14 days along with Samuel Miranda, Dipesh Sawant and other drug peddlers Zaid Vilatra and more. Now, as per the latest report of Times Now, their lawyer, Satish Maneshinde may file a bail plea in Bombay HC today.

As per Times Now report, Bombay High Court hears bail applications on two days that is Monday and Thursday. As the Sessions Court order of rejection of Rhea and Showik’s bail plea was served to their lawyer on Monday, they apparently could not file a bail plea. However, now, as per the latest update, Rhea and Showik’s lawyer is likely to oppose the verdict of the Sessions Court on their bail applications today and may file a bail plea in Bombay High Court today. Both Rhea and Showik were arrested by NCB in connection with alleged drug chats in the Sushant Singh Rajput’s case.

Further, the report also stated that Zaid Vilatra, the drug peddler arrested by NCB, is also expected to challenge the remand under section 482 via video conferencing in the Bombay High Court. While Rhea and Showik’s bail was rejected by the Sessions Court, their lawyer is likely to file a bail plea today in Bombay HC for an urgent hearing so that they could get time on Thursday for their application. As per the news channel’s report, if that does not happen, then they may apply for a date next Monday. Currently, Rhea is in Byculla Jail after being arrested on the alleged drug syndicate connection.

Meanwhile, as per reports, Jaya Saha and Shruti Modi also have been summoned by the NCB today as their names too cropped up in the alleged drug chats unearthed by the Enforcement Directorate with Rhea and Showik. Meanwhile, the CBI investigation of Sushant’s death is going on and ED is probing the money laundering angle alleged by KK Singh in his FIR. Sushant Singh Rajput passed away on June 14, 2020, at his house in Mumbai.