Can you believe Sidharth Shukla-Neha Sharma’s love song has already crossed 6 Million views in 24 hours? Yes, it just did. Well, even we can’t stop listening to it on loop 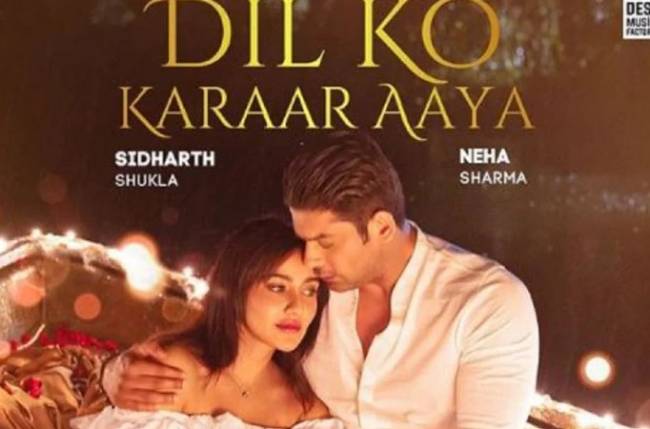 MUMBAI: After his Bigg Boss 13 stint, Sidharth Shukla featured in Darshan Raval’s song, Bhula Dunga, opposite his co-contestant Shehnaaz Gill. Recently, the actor treated his fans with yet another love song Dil Ko Karaar Aaya opposite Bollywood Diva Neha Sharma. The much-anticipated song  was released online by the makers yesterday and fans can’t stop watching the song on loop. A couple of weeks back, Sidharth Shukla made everyone’s hearts swoon when he announced his new project by sharing a beautiful still with Neha Sharma.

As the love song has already won accolades, it has already crossed 6 Million views in 24 hours. Yes, you heard that right! A while back, we happened to watch the song again and what caught our eyes was the number below the song. As per the new YouTube police, Dil Ko Karaar aaya has crossed 62 lakh views which makes it 6.2 million views now.

Speaking about the song, Dil Ko Karaar Aaya has been shot at the picturesque location and is equally romantic. From the couple romancing on a decked-up boat or a lit-up garden, the beautiful setting will fill your heart with love.

Upon seeing Sidharth Shukla ruling the silver screen,  fan got a little too emotional with the song as the comment read, “Shed a tear seeing that love like this can exist, FOR REAL! What an incredible chemistry, locations and most of all, PERFORMANCE! This song has all our HEART! Here’s to love, here’s to happiness and here’s to YOU! PROUD. We LOVED it! #DilKoKaraarAaya #SidharthShukla”