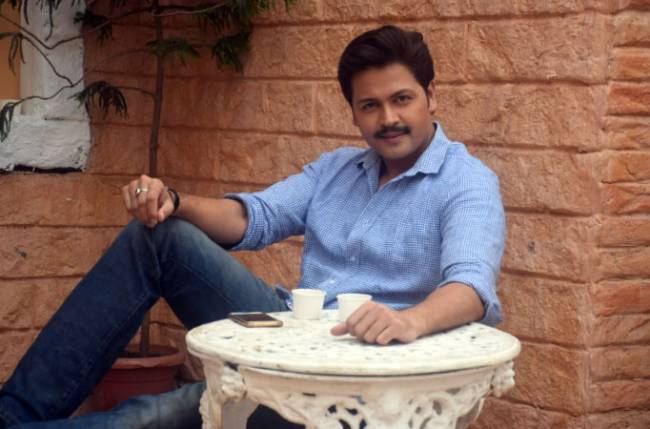 MUMBAI: Actor Mohit Daga, who plays the role of Shakti Bagga in the show Tera Yaar Hu Main, says that he loves being part of the project. The actor, who is back on TV after 2008, says that this show has been a good start for him. “My character name is Shakti Bagga. I am playing Daljeet Kaur Bagga’s brother in law. After the death of Shakti’s brother, Shakti is trying to flirt with Daljeet and he likes Daljeet and the story revolves around how Rajeev Bansal, played by Sudeep Sahir, helps Daljeet in all the problems and chaos created by Shakti. I can say this character is a comedy villain. My look is pretty formal and I am wearing a coat and shirt and pants. I also wear a waistcoat at times,” he says, adding, “With Sony SAB, I have a very long relationship as I have done shows such as Love Story and Left Right Left which was at the starting of my career. After 2008, I am coming back in 2021, so that is another level of happiness that I am feeling right now. The other thing is that this show has been created by Amit Aryan, who has given a lot of amazing comedy shows to Indian television. So to work with him in itself was a big thing for me. When I got to know that he is part of this show, I definitely wanted to be part of it too. I have done a show previously with Amit Aryan ji and, somewhere, I feel he remembered my work and he pushed me to take this show. Also, Shashi Sumeet is a very good production house and we have a very family kind of an atmosphere on the sets. I have wanted to work with something like this since a very long time but things didn’t work out for me. These are the factors which prompted me to take this role.”

TV has always been part of Mohit’s journey. “In TV, I was working and was seen on and off. By God’s grace, I have done some prominent characters. Recently, I did Aapke Aa Jane Se…I played a cameo role for three months in 2018. Before that, I did Ek Mutthi Aasmaan in 2013-2014 and, in between, I did one web series but that too when It came and went off. No one even got to know. I was looking for some good work and, finally, I got this character Shakti in Tera Yaar Hoon Main and I am very happy doing it,” he says.

Talking about shooting in the new normal, Mohit says, “The experience of working under Covid-19 protocols are quite good, everyone takes good care of one another. There is a doctor who is there on our sets who monitors oxygen levels with an oximeter and temperature with a thermometer and records everything in a chart. I got my Covid test done by the production house after I came on board. I also drink lots of hot water, I have my multivitamins and Vitamin D tablets regularly. I eat dry fruits such as walnuts, dates, almonds and many more regularly.”

His journey and struggle mean a lot to him, says Mohit. “My journey from Zee Cinestars Ki Khoj to Tera Yaar Hun Main has been amazing and I feel that an actor should have such a journey in life. There are many people who get it all very easily, but without up and downs, the journey is incomplete. I have had a good journey so far with ups and downs and when it all passed, the result was something amazing. The journey was like a rollercoaster ride with all sorts of emotions. And the biggest thing was that I, being from a very small village Gadarwada in Madhya Pradesh got an opportunity to work in this industry and it started at the age of 18. Stardom can’t only be defined with when we can get work or not. But being in this city for this long, looking for work and still sticking here despite all the hardships is all part of it,” he says.

Talking about his future plans, Mohit says, “My focus right now is on building my craft and making it better. I want to work on my skills. When you haven’t worked for a very long time your confidence level starts falling slightly. If possible, I would want to get trained well from a person who is phenomenal at this craft and can train me well.”