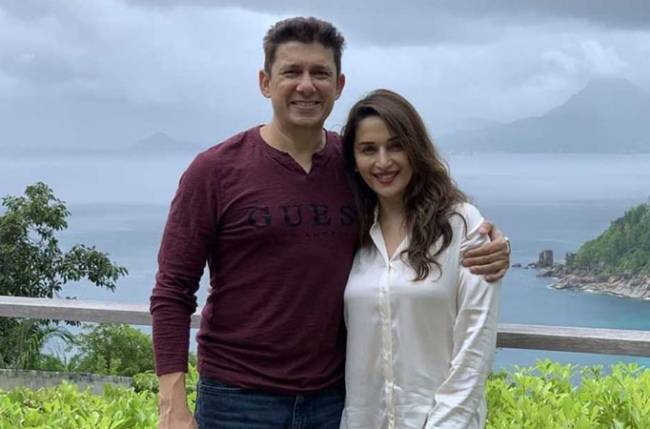 MUMBAI: Madhuri Dixit Nene penned a note for husband Shriram Nene on their 21st marriage anniversary. The actress says she is grateful to have him in her life.

Madhuri shared two pictures with her husband on Instagram. The first picture is from their wedding day and the second photograph seems to be clicked during a vacation.

“Today marks the beginning of another year, full of adventures with the man of my dreams. We are so different yet so alike and I am grateful to have you in my life. Happy Anniversary to you and us Ram,” she wrote.

On the film front, Madhuri was last seen on screen in the 2019 film “Kalank”, which also starred Sanjay Dutt, Varun Dhawan, Alia Bhatt, Sonakshi Sinha and Aditya Roy Kapur. During lockdown, she made her debut as a singer with an English number titled “Candle”.

For more news and updates from the world of entertainment, keep reading Tellychakkar.com