Lataji  cannot believe that one of her favourite co-singers is gone. “I  was given to understand  SP Balaji was recovering from Covid. All of a sudden, I heard he is no more. I couldn’t believe it. I thought it was another of those fake-death rumours that keep surfacing about everyone including me. Unfortunately, this rumour was true. I am still in a state of disbelief.” 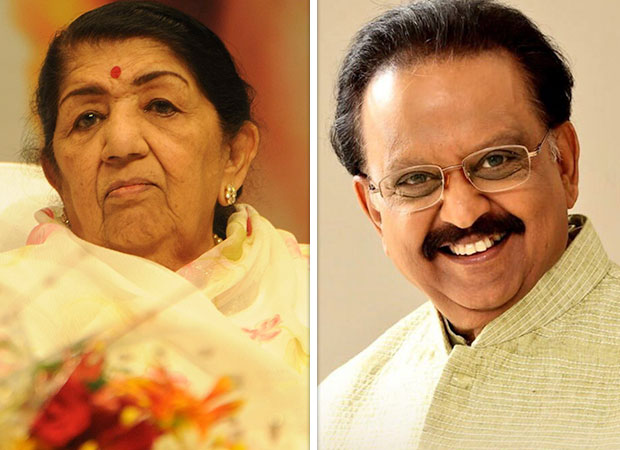 Lataji remembers singing with SPB for the first time in 1981. “The film was Ek Duuje Ke Liye. It was a cross-cultural love story .I sang for the Punjabi girl and Balaji sang for the Tamil boy played by Rati Agnihotri and Kamal Haasan. We recorded a large number of songs for composers Laxmikant-Pyarelal , and all of them became big hits. In one of the duets Hum bane tum bane ek duuje ke liye Balaji had to say, “I don’t what you say” to my Hindi singing. He made  those simple words sound so playful and profound.Then came the chartbusters in Maine Pyar Kiya  and  Hum Aapke Hain Koun. Every song in these two films was a superhit and they were all sung by Balaji.”

Which  of the hits in the above films were most memorable to sing? “ ‘Tere mere beech main  kaisa hei yeh bandhan anjaana’ in  Ek Duuje Ke Liye, ‘Tu chal main ayee’ in Maine Pyar Kiya and  ‘Didi tera devar deewana’ in Hum…Aapke Hain Koun were great fun to record. And listeners enjoyed it just as much. The thing about Balaji was that he brought his own special flavour and energy to every song he sang. In that sense he was like Kishoreda(Kumar). I remember he would take all of us by surprise by adding something unexpected into a song..an exclamation, an interjection…He always had some surprises up his sleeve during recordings.”

Lataiji and SPB also performed at live concerts together. “Yes! We’ve sung together on stage at live concerts in Hong Kong, Malaysia. He was always a favourite at live concerts. There would be cries of ‘Once More’ from the audience after our duets. He was a wonderful human being and that reflected in his singing.”

Lataji didn’t meet SPB much outside the recording studio. “But he did come home not so long ago. He had brought a gift for me. I was deeply touched. Balaji belongs among the great co-singers I had the opportunity to sing with — Mukesh, Mohd Rafi, Kishore Kumar, Manna Dey—S  P Balasubramaniamji. He always brought something special to our songs together. Though he was born in Andhra he was equally proficient in Telugu and Hindi. I consider Balaji a true artist. When he sang the world stood still and listened.”

Also Read: “His voice conveyed the purity of a copper vessel,” Hariharan on S P Balasubrahmanyam