Kangana urges fans not to fall for cheap Chinese products 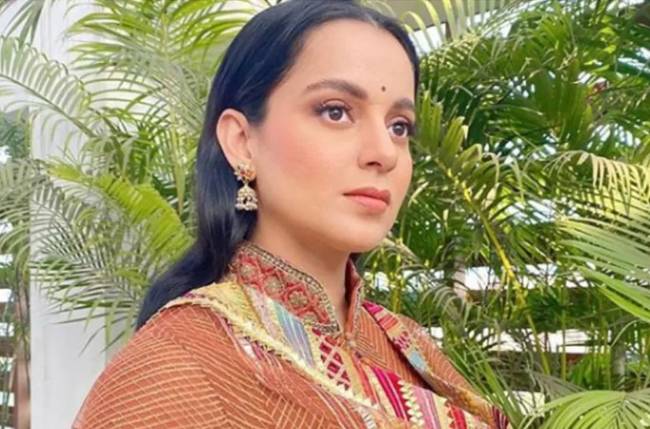 MUMBAI: Actress Kangana Ranaut says Chinese manufacture everything “sasta and cheap”, and that people should not go by their products.

Kangana’s message to fans comes after the Indian Government issued an interim order to block Chinese apps in India.

“The government has banned Chinese apps and I think most people are celebrating because China is like we all know, it’s a communist country and the way they have gone deep into our economy and our system… the data is scary, how much our business was dependent on China and this year apart from being the originator of coronavirus and giving the world the biggest adversity of recent times. In the midst of this adversity, now they are messing with our borders in Ladakh and they don’t only want Ladakh. In the scheme of things, they want Arunachal Pradesh and Sikkim. They also want your Assam and it’s never ending,” said Kangana.

“You can see the greed of these people and of course even the world is astonished by their ways of life and by the way they ill-treat animals and the way they beat you up if you do idol worshipping or if you follow your religion. I say that you know being an extremist or being a communist, both ways are extreme. Why do you want to believe there is god or no god? Why do you want to be so sure? Why can’t you just be that…you don’t know? I don’t agree with their ways and obviously they’ve shown their real crude faces to the world. Also with this pandemic and the bio-war that they’ve unleashed on the world. What is feeding them is their economy. So it is definitely better we cut their roots here in India and of course when there will not be so much revenue and money, their evil power will come down and the world will be a better place,” she added.

Kangana has always urged people to go local and endorses the idea to all her fans.

“In ancient times India led the world and the world was a prosperous and inclusive place, I believe that we need to go back to that time,” she said.

She feels that India is the right leader.

“Whether it is the religion that we follow, whether the diverse nation that we have of many languages and many religions… Also, the philosophy that Hinduism preaches to the world of inclusiveness. India is the right leader. If these communist people become leaders, capitalist people will become leaders, this is what the world is going to be. All about bio-wars and crude economic gains. So I think India with it’s spiritual heritage and history is the right world leader where sacrifice and accepting the world is the philosophy that the whole world is one place,” she said.

“So I feel that we should encash in these times where China is receiving so much hatred from the world and we should take charge and as people, we should also encourage local stuff and try to see value in what our people do. Of course Chinese give you everything ‘sasta’ and cheap products. We should not go by that. We saw the aftermath of that ‘sasta’ and cheap. We need to encourage our people and I think this is the right time,” Kangana concluded.