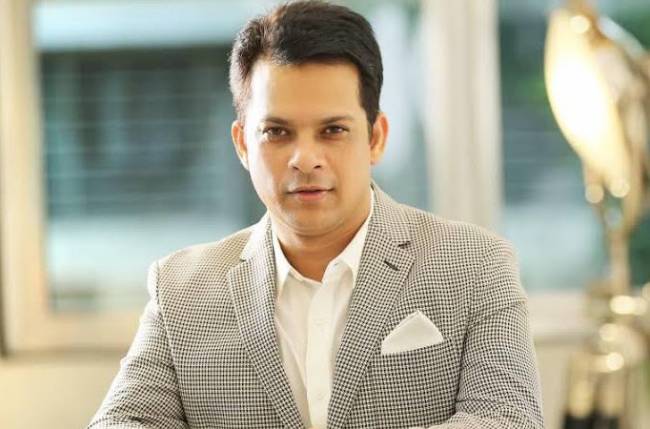 MUMBAI: Producer Yash Patnaik of Beyond Dreams Entertainment talks about his show Ishq Mein Marjawan 2, apprehensions of launching a second season, and the choice of actors. Read on:

Q) Ishq Mein Marjawan 2 keeps trending online, how much that means to you?

A) It does mean a lot. Unlike TVR, the online response comes with reactions that help us understand how the audience is receiving the characters and tracks. Though the online audience is smaller in size in comparison to TV audiences, they matter a lot to us, as they are young, responsive, and evolved. Almost all our shows have done very well online apart from generating good numbers with traditional TV audiences. That’s heartwarming.

Q) Was Ishq Mein Marjawan 2’s success predictable for you?

A) Saying the success was predictable will be arrogance. I will say, we got things right again. It was a difficult franchise as we were not carrying forward any of the characters. It was a gamble worth taking.

Q) What fascinated you to come up with the story of Ishq Mein Marjawan 2?

A) We wanted to take the drama a few notches up as the expectations would be higher because of the success of Season 1. Mamta (Patnaik) came up with the idea and then developed it into a fabulous story. It was a bigger challenge as we had decided to leave out the original characters and create new characters and a new world. All credit goes to her for coming up with a gem.

Q) Sequels don’t work most of the time. Were you apprehensive of launching Season 2?

A) In the case of thrillers, the failure records of sequels were even higher. Hence we were more careful while creating the new season. First, we made a list of what the audience will expect from Season 2. That was our first list of ‘what-no-to-do-list’. We kept out everything people will expect from us. Today’s audience is smarter, they are exposed to a lot of thrillers on OTT. They will watch the content if the story stays ahead of them. At the same time, one can not be so drastic which will alienate the audience. I am glad we got the mix right.

Q) Ishq Mein Marjawan 2 is fast making its place on the TRP chart, what do you feel about the same? Do TRP’s really matter or affect you?

A) Oh that’s very satisfying. 7 p.m. is a tough time slot for a thriller. Yet we managed to get the numbers that keep the stakeholders happy. We have a great partnership with Colors in creating this franchise. TRPs do matter but it doesn’t affect us. At the end of the day, you don’t put in less effort for less TRP or more for more TRP.

Q) Helly Shah’s character Riddhima falling inside the bag got the International attention. Few trolled and few enjoyed the scene. What is your take on that particular scene from the show?

A) We expected reactions. At times it’s good to play some balls in the gallery. I am glad it kept our social media friends busy with their memes and banters.

Q) What made you choose Vishal Vashishtha to play the antagonist in the show?

A) He is an absolute pleasure to work with. He was brilliant as Baldev in ‘…Veera’ which was a departure from his Channel V show earlier. Vishal is a method actor and invests a lot in his characters. He tries to own his characters and that’s exactly what he has done to Kabir. You can’t separate Kabir from him.

Q) You’ve got a huge love for producing romantic saga like Kuch Rang Pyaar Ke Aise Bhi. What made you shift your focus towards thriller and suspense.

A) As a production house, we don’t restrict ourselves to any particular genre. If you look at some of our previous shows like ‘…Veera’, ‘Sadda Haq’, ‘Jana Na Dilse Door’, ‘Nagarjun’, ‘Combala Investigation Agency’ (CIA), ‘Main Na Bhulungi’ they all are different from each other in genre and treatment.