“I felt like a Dulhan myself,” reveals Tannaz Irani during the wedding sequence in Apna Time Bhi Aayega 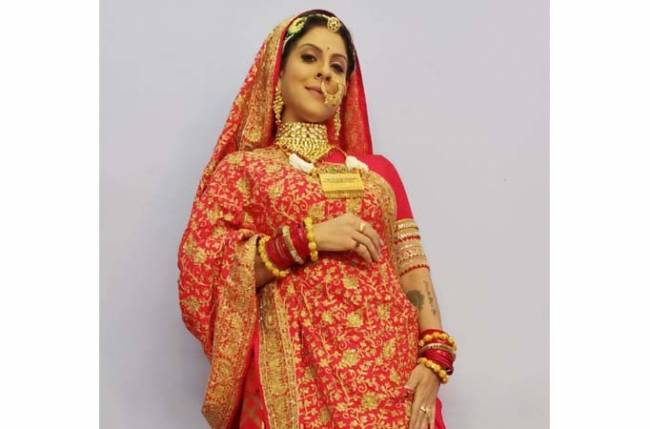 MUMBAI: As a part of the new and exciting content that Zee TV is offering its viewers, the channel recently introduced a new fiction show – Apna Time Bhi Aayega. The show follows the inspiring narrative of Rani, the young daughter of a head staff member of an affluent family of Jaipur, who refuses to be tied down by her humble roots. The show will see her breaking free from the shackles of her background as she chooses to carve her own destiny and reach out for her ambitious goals. This family-drama also debunks the deep-rooted class system and questions its unwritten rulebook of ‘aukaat’ in our society, which almost curtails the chances of the lower strata in taking charge of their destiny and rising above their means.
Since its launch, Apna Time Bhi Aayega has been keeping its viewers entertained with unpredictable twists and turns and this week the popular show is about to witness Veer (Fahmaan Khan) and Rani’s (Megha Ray) chaotic marriage, where Rani has been living with a misunderstanding that Veer is involved in the accident for which her father has been paying the price of. On one hand, Rani confronted Veer at the temple, on the other hand, the Rajawat family were preparing for Veer and Kiara’s wedding.

The entire week was filled with high intense drama but we could not take our eye off Maharani Rajeshwari aka Tanaaz Irani in the traditional Rajasthani look. Dressed in a glamourous Rajasthani attire for the wedding sequence, Tannaz looked like a queen in the authentic red Rajasthani Ghagra-Choli set and she left everyone on the set in awe of her look.

As Tannaz Irani shared, “I was extremely excited to wear this authentic Rajasthani attire. I feel if I had missed out anything during my wedding, dressing up for the wedding sequence in Apna Time Bhi Aayega made up for it all. I loved the vibrant and traditional red Rajasthani outfit. In fact, I felt like a Dulhan myself, especially after wearing all the jewellery. In Parsi weddings, we actually don’t dress up so much, so getting into this look made me feel like a bride once again. It was a beautiful experience indeed.”
With the ongoing wedding track going on the show, there is a lot of drama that is going to follow in the upcoming days. Will Rani be able to get justice for her father?
To know more, watch Apna Time Bhi Aayega every Monday to Saturday at 7 pm, only on Zee TV!