Hrithik Roshan often shares pictures and videos with his kids Hrehaan and Hridaan Roshan. He often goes on exotic vacation spots with his boys and gives fans a glimpse into their activities together. 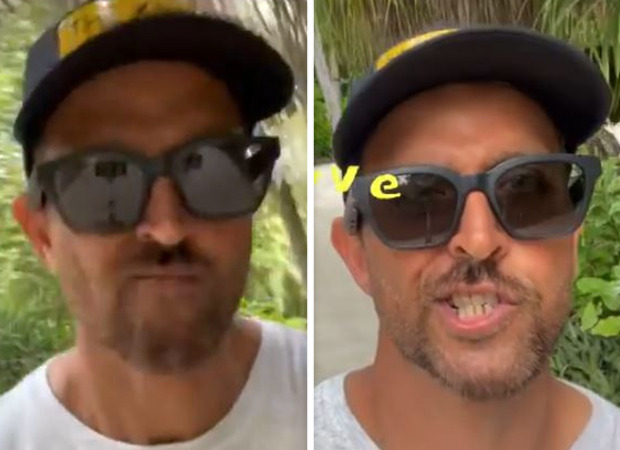 On Thursday, Hrithik took to his social media handle to share a video of him riding a bike where he was accompanied by both his kids. In the video, the star is seen wearing his luxurious John hatter cap with the tag ‘The King’ along with a pair of jet black sunglasses.

Along with the clip, the actor wrote, “#daddycool”.

Meanwhile, recently Sussanne Khan, Hrithik Roshan’s ex-wife called him the best dad while wishing him on his birthday. She took to Instagram to share a video on January 10 which had special moments of Hrithik Roshan with their sons. Sharing it, she wrote: “Happy happiest birthday Rye.. wish you the warmest and most beautiful parts of life to look forward to.. have a meaningful blessed 2021 #bestdadintheworld #love #prosperity #joy #bigsmiles #manylaughoutlouds.”

On the work front, Hrithik Roshan announced his next film titled Fighter on his birthday. The film that is directed by Siddharth Anand also stars Deepika Padukone in the lead.