Haarsh Limbachiyaa on Khatron ke Khiladi Made in India: All the strategies fail in the show

Haarsh Limbachiyaa got into a conversation with us at India Forums where he spoke to us about his experience shooting with Farah Khan, KKK season 9, biggest competitor and much more. 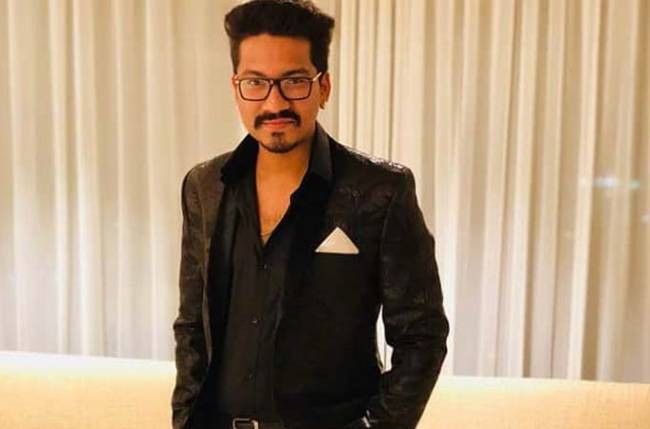 MUMBAI : After the grand success of Khatron ke Khiladi Season 10, Colors TV is all set for the special edition of the show, ‘Khatron ke Khiladi- Made in India’. The show will premiere from 1st August 2020 and we at India Forums got into a conversation with Haarsh Limbachiyaa, one of the contestants from the show.

Haarsh spoke to us about his experience shooting with Farah Khan, KKK season 9, biggest competitor and much more.

What compelled you or what motivated you to say yes to Khatron ke Khiladi Made in India?

So basically last year I aborted so many stunts and when I watched it on TV, I was like why did I do this? I felt like this was not even a stunt where I should have aborted then why I did I abort here? So sometimes you feel that if you were again in that situation then you wouldn’t do it. So I just wanted to come back and not abort too many stunts. But honestly now I’m not sure if I’ll abort or not because now my fear is rising.

Do you have any particular strategies for this season?

No, all the strategies fail there. I’ve done this earlier so I know that everyone’s strategy fail in the show. Yes, you have to be mentally strong but for that it’s very important to be competitive. I’m not a competitive person at all.

Talking about competition, who do you think is your biggest competitor in the show?

Rithvik. He is a very big competition because he performs the stunts really well. I’ve watched his season and now he also won in a stunt against me. So, I know he is a strong competitor.

How has the experience of shooting the show been so far? Specially with Farah ma’am?

It has been a great experience with Farah ma’am and she is very sweet. She cooks food and gets it for everyone. Rohit sir is a little strict but Farah ma’am is cute, we have a lot of fun. So it was a great time shooting with her. Her one liners are also very funny.

(Also Read : Haarsh Limbachiyaa gave Bharti Singh an expensive gift; what she did with it was UNBELIEVABLE)

Do you think that given the current situation, it’s even more tough and challenging to shoot while adhering to the social distancing norms?

Yes, the shooting has definitely become difficult. There are less people on the set, even in the creatives, so one person is doing the job of five people, this also increases the stress. But yes, this is a time where the entire world is facing this situation and we we have to do the best we can with our hardwork.

How has Khatron ke Khiladi season 9 impacted you? Were there any particular fears that tried to overcome?

I didn’t overcome from any fear because I aborted many stunts but I’ll try this time to perform the stunts the well. I won’t abort now but let’s see what happens. In season 9, I was really scared because it was the first time in my life that I had done something like that. Before entering the show, I felt that when you know there is harness then what’s there to get scared? But at that time, your mind forgets about the harness.

What’s the one thing about season 9 which you’ll miss in this season?

We’re missing the cold. Because in Argentina it was really cold and we used to have so much fun.