Yesterday, in an unprecedented development, as many as 7 mid-sized and big films were announced to be released straightaway on one of the biggest OTT platforms, Disney+ Hotstar. These films were Akshay Kumar’s horror comedy Laxmmi Bomb, Ajay Devgn’s war saga Bhuj – The Pride Of India, Sushant Singh Rajput’s last film Dil Bechara, Mahesh Bhatt’s directorial comeback Sadak 2, Abhishek Bachchan’s stock market drama The Big Bull, Kunal Kemmu’s comic caper Lootcase and Vidyut Jammwal’s action love story Khuda Hafiz. It led to a lot of anger among the exhibitors and multiplex owners since theatres have been shut since more than 3 months and are expected to not resume operations for another one month at least. They have been bleeding and they fear that these 7 films skipping theatrical release will hurt them and also set a dangerous precedent. 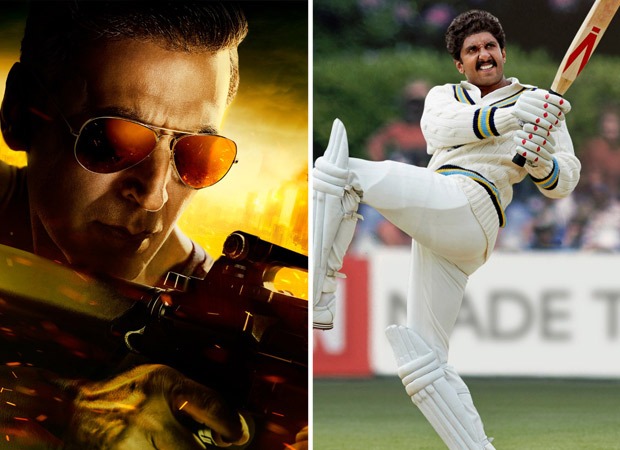 However, today, there has been another development that will bring cheer not only to exhibitors but also to film buffs. 2 of the most awaited films of the year, Sooryavanshi and ’83, which got postponed because of the Coronavirus-induced lockdown, have announced their new release dates. While Sooryavanshi will release during Diwali, on November 13, ’83 will arrive on Christmas Day, that is, December 25!

When contacted, Reliance Entertainment Group CEO Shibashish Sarkar exclusively told Bollywood Hungama, “Yes, both Sooryavanshi and ’83 are confirmed for Diwali and Christmas respectively”. He also added, “We are committed to bring both Sooryavanshi and ’83 in theatres whenever the exhibitors are open and whenever the audiences feel safe and comfortable to come back to cinemas. We feel and we hope that by Diwali and Christmas, the situation will be normal.” This is the first time that that the release date of Hindi films has been declared post the lockdown.

Sooryavanshi stars Akshay Kumar, Katrina Kaif, Sikandar Kher, Gulshan Grover and others and is directed by Rohit Shetty. It is a part of the cop universe, comprising of Singham (essayed by Ajay Devgn) and Simmba (essayed by Ranveer Singh). Both these actors also have special appearances in the film as well. This actioner was to release on March 27 but was then postponed due to the Coronavirus scare. ’83, meanwhile, is directed by Kabir Khan, and was to release on April 10. It is based on the 1983 Cricket World Cup and focuses on how the underdog Indian Cricket Team emerged triumphant against West Indies, then the most powerful team in the world. It stars Ranveer Singh, Deepika Padukone, Tahir Raj Bhasin, Saqib Saleem, Ammy Virk, Pankaj Tripathi, Boman Irani and many others.