As a part of the exciting content extravaganza that Zee TV plans to offer its viewers in the festive month of October, the channel is all set to introduce a heart-warming story that captures the essence of the ever-evolving dynamics of the saas-bahu relationship in Indian society. A relationship, often portrayed as typically adversarial, political and manipulative especially on Indian television, will now make way for a more saheli-like equation between the saas and bahu in Zee TV’s new show Hamariwali Good News. In fact, the show presents the most unique role reversal between the daughter-in-law Navya (played by Srishti Jain) and her mother-in-law Renuka (played by Juhi Parmar) to give their family the much-awaited ‘Good News’. Leaving typical considerations like log kya kahenge aside, Juhi’s character Renuka will be seen conceiving a child with her own husband Mukund when her son and daughter-in-law are unable to conceive. 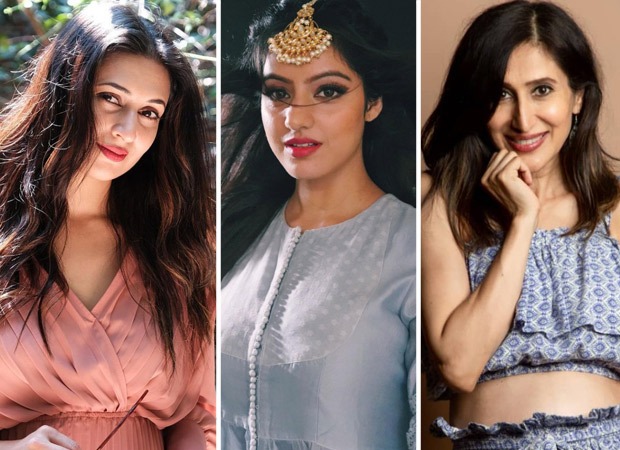 With the show being so fresh and progressive in terms of its concept and a swap of traditional roles between the saas and bahu as its core premise, Zee TV decided it was time for saas bahus across the country to bond over a social media challenge. A few television celebrities like Divyanka Tripathi Dahiya, Deepika Singh Goyal and Teejay Sidhu came together with their mothers-in-law to give the new saas-bahu jodi of television – Juhi Parmar and Srishti Jain a unique welcome. Building on the show’s foundation of #SaasBahuSaheli, the popular stars and their mothers-in-law did a unique role reversal of their own for Hamariwali Good News’ #SaasBahuSwap challenge. This role reversal challenge is a fun celebration of the saas bahu relationship evolving in Indian society over the years and how the duo can let their hair down and have a little fun together out of love and acceptance of one another, just like Renuka and Navya are accepting their unique role-reversal with open arms in Hamariwali Good News.

Prior to the challenge, Divyanka Tripathi spoke about how she has been extremely lucky and blessed when it comes to her mother-in-law who has treated her with love and utmost care. She even revealed how her saas taught her everything from scratch, about how to take care of the family and the house without ever complaining about all the mistakes Divyanka would make while she was at it, but only came up with solutions to fix troubled situations at hand, similar to how Renuka comes up with the best solution for Navya’s problems. Deepika Singh Goyal and Teejay Sidhu spoke about how their married lives would be incomplete without their mothers-in-law being there and all three of them engaged in a really fun swap activity.

A post shared by Divyanka Tripathi Dahiya (@divyankatripathidahiya) on Oct 16, 2020 at 1:54am PDT

#SarojGoyal a.k.a. Mummy ❤️ and I nominate @bombaysunshine and her Saasu Maa for this challenge. Don’t forget to watch #HamariwaliGoodNews starting from 20th October at 7:30 PM, only on @ZeeTV.

My Mommy and I had great fun while doing this #challenge. 🙂 Thank you #DeepikaSingh for nominating us and now I nominate @divyankatripathidahiya and her mother-in-law for this challenge. I can’t wait to watch #HamariwaliGoodNews starting from 20th October, Mon-Sat at 7:30 PM, only on @ZeeTV! ????

In the meantime, in the unique scenario where ‘Saas Bani Hai Bahu ki Aas’, get ready to witness this heart-warming and unique journey of a mother-in-law and daughter-in-law unfold in Hamariwali Good News.