Dia Mirza: I would love to be a part of every Rajkumar Hirani film 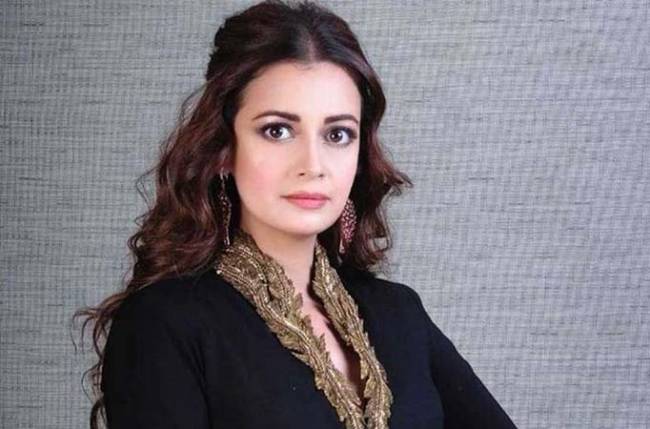 MUMBAI : Actress Dia Mirza has worked with filmmaker Rajkumar Hirani in blockbusters like “Lage Raho Munna Bhai” (2006) and “Sanju” (2018) in the past, and she would love to collaborate with him in every film he makes.

“I would love to be a part of every Rajkumar Hirani film! Who wouldn’t?” Dia told IANS.

In fact, she says “Sanju” was “a breakthrough film in my career”.

“It came at a time I most needed it. It gave me the opportunity to deliver to a part with honesty. And I am so grateful to be a part of a film that has such a wonderful ensemble of powerful artistes who endeared the audience with their performances,” she said about the film in which she starred as Sanjay Dutt’s wife Maanayata Dutt.

“Sanju”, which was based on Sanjay Dutt’s real-life as a star kid, his love affairs, encounter with drugs, the 1993 Mumbai blasts, and his imprisonment, had released on June 29, 2018.

“I have many fond memories from this shoot but if I had to choose one, it would be the day before our first day shoot. Ranbir (Kapoor) and I were called to the location a day prior to shoot to feel the space and rehearse the scenes with the technical team,” she recalled.

“We were shooting the first big opening scene of the film. And I hadn’t been on a film set as an actor for a few years. I remember feeling nervous and raw (like it were my first film). But Raju Sir, Ranbir and Abhijat (Joshi) made the process so organic and approachable that within minutes I was at ease. We plotted all the scenes we needed to film the following day with such a wonderful energy,” she added.

(ALSO READ : Dia Mirza: I have never believed in competition)

To an artiste, she feels, this makes all the difference.

“Not once did I feel like I was working with Ranbir for the first time. The scenes we were shooting needed to establish our love, our trust, our relationship as a couple. And I felt all of these things right from the word go because the team ensured we felt respected, trusted and loved,” said Dia.

The former beauty queen had made her Bollywood debut with “Rehnaa Hai Terre Dil Mein” in 2001. She went on to feature in movies like “Tumko Na Bhool Paayenge”, “Dum”, “Dus” and “Lage Raho Munna Bhai”. She also turned a producer a few years ago.