BIGG BOSS 14: Eijaz Khan and Rubina Dilaik have a massive fight, Abhinav warns the latter to not have a physical touch and to stay away from her

Eijaz and Rubina have a war of words with each other! 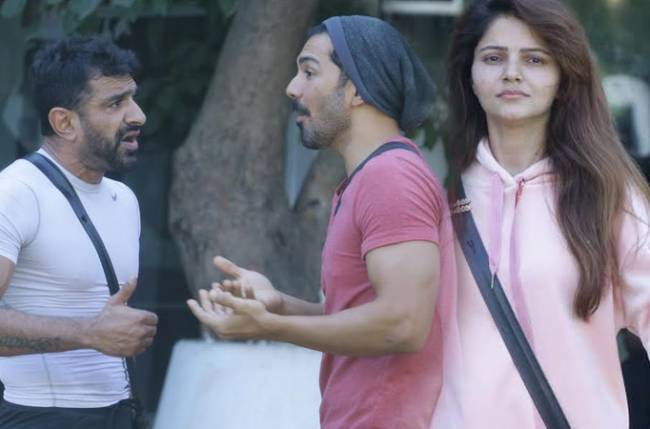 MUMBAI: Eijaz and Rubina are one of the strong contestants of the house and the two are on loggerheads with each other since day one.

We have seen in the past few episodes how Rubina and Eijaz have been fighting continuously and things have got really bad and ugly between the two.

In today’s episode once again the two will get into a fight where Rubina will be explaining to Eijaz how much they need to eat and all to which he gets agitated.

At one point he comes a little close to Rubina and by mistake touches her to which she gets angry and tells him that not to touch her without her permission.

That’s when Abhinav comes in between and warns Eijaz to stay away from his wife and to maintain the physical proximity with her.

Since the last few days, Rubina has been the target in the house and all the housemates have been having a tiff with every contestant.

Well, let’s see the weekend ka vaar who will be on the radar of Salman Khan.

For more news and updates on television and Bollywood, stay tuned to TellyChakkar.