Big Boss14: Sara Gurupal blames Siddharth Shukla for her early eviction and disapproves of her husband’s claim of marriage for a green card! 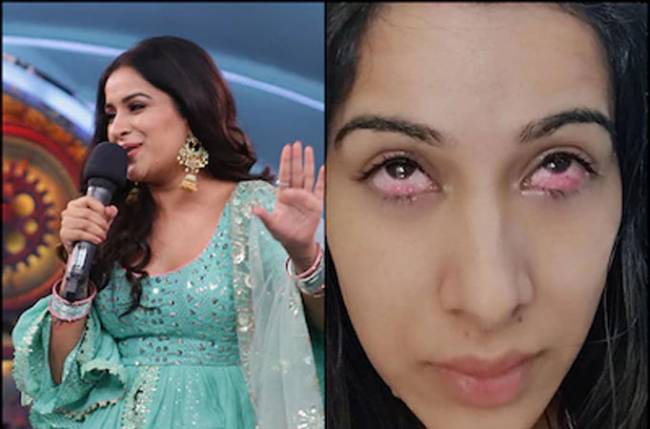 MUMBAI: Bigg Boss 14: Blaming Sidharth Shukla for her eviction to dismissing her husband’s claim that she married him for green card, shocking revelations made by Sara Gurpal

Bigg Boss 14’s newly evicted contestant Sara Gurpal is extremely disappointed with her elimination. She calls her eviction unfair and blames Senior Sidharth Shukla for her elimination. The Punjabi singer-actress alleges that Nikki Tamboli was inhuman during the task and injured her eyes. The actress also opened up about her turbulent married life and denied the allegations made by her husband. In an explosive interview, Sara says she doesn’t have a green card and that Tushar is lying to get his two minutes of fame.

She states that her elimination was totally unexpected. She reveals” We were just chilling inside the house when suddenly my name was taken. I don’t know where I failed. I was performing tasks well and I was doing other things also. Even though, I was not keeping well, I still gave my best. If I wanted I could have also made issues about my injury and created a scene inside the house. Like how others did for their fake nails. But I did not stoop to that level because that is not my nature. I did not give that much importance to it. I decided to concentrate on the game and suddenly my name was taken for eviction. Not just me, even all the housemates were shocked.”

She went on to say ”I feel one week is too less to judge anyone. I am not saying I was the most deserving one to stay inside the house, but I fought at least and did tasks to stay inside. I was unwell, had fever, would go inside to take injections despite all that I was coping with all of that and still performed as I wanted to be confirmed from rejected contestants. I don’t know how it was shown but I did my best. After coming out the episodes I have seen I think Jaan, Rahul and Nishant were not seen at all. The response also I am getting is overwhelming. If I was really so bad, the audience wouldn’t have shown so much love that they are showering on me. I am not saying that I was seen too much, but I was doing better than three four other people and getting into the mode. As I said earlier one week is a less time for any contestant. Also I feel if the makers planned to conduct an elimination, they should have left the decision in the audience’s hands and not one person.”

Well, we really hope Sara Gurpal gets a fair chance to prove herself!