Actress Anushka Sharma has been stationed in Dubai for the past couple of months as Indian Cricket Team Captain and her husband Virat Kohli is currently busy with Indian Premier League (IPL) 2020. Amid the pandemic, the cricket tournament shifted to Dubai. A day ago, Virat Kohli’s Royal Challengers Bangalore defeated Rajasthan Royals and Anushka was at the stadium to cheer for her husband and the team. 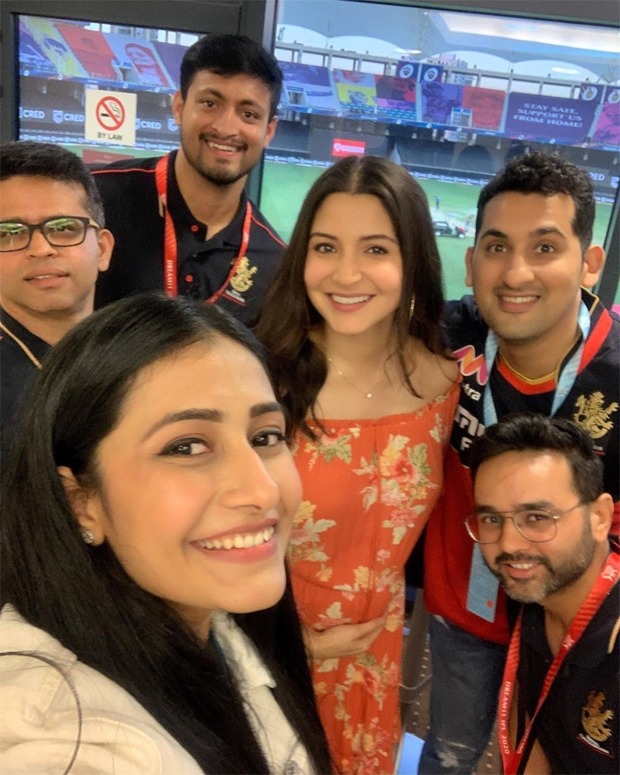 Post the win, the actress was seen in a viral selfie Yuzvendra Chahal’s fiancee Dhanashree Verma, actor-comedian Danish Sait, and cricketer Parthiv Patel. “Happy people. Sharing some happy moments from my first match. Congratulations to the team,” Dhanashree wrote in her caption. Anushka Sharma was all smiles in a beautiful floral dress whilst cradling her baby bump.

Happy people ???? Sharing some happy moments from my first match Congratulations to the team @royalchallengersbangalore ????????❤️

Anushka Sharma has been attending matches this season as well. During RCB’s first win, Virat Kohli led the team to victory with 90 not/out as the actress was in the stands blowing a kiss to him.

ALSO READ: When Anushka Sharma’s mom stitched her costume for her school dance