Alia Bhatt is without a doubt one of the busiest bees of tinsel-town. With multiple projects lined up in her kitty, she is big on work.  On Thursday, Alia Bhatt was spotted in the suburbs at a recording studio. 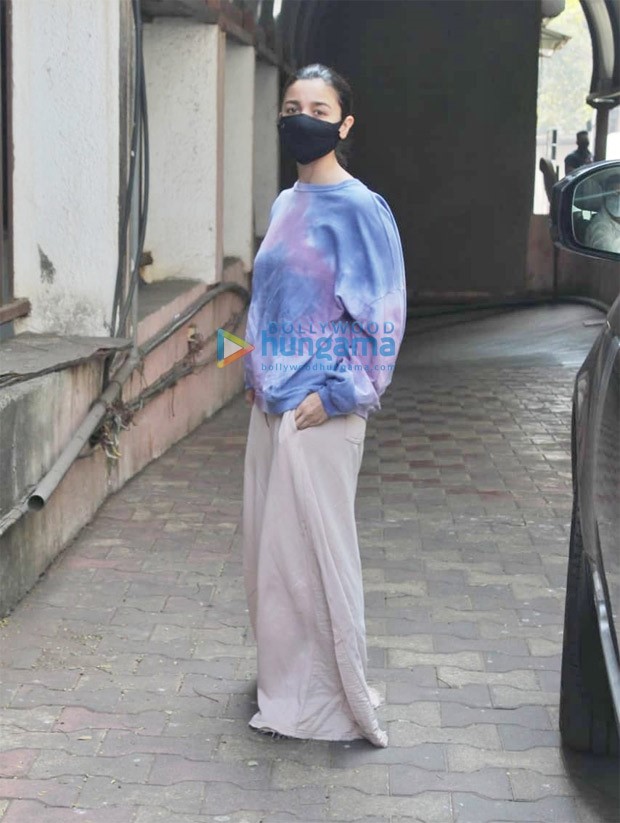 Dressed in a purple and pink oversized tie-dye sweatshirt, she paired it with peach wide leg baggy pants. Her hair was tied in a neat bun and as safety comes first, Ms. Bhatt didn’t pull her mask down even for the paparazzi. Alia chose comfort style but made a smashing and colourful appearance this afternoon with her latest look. 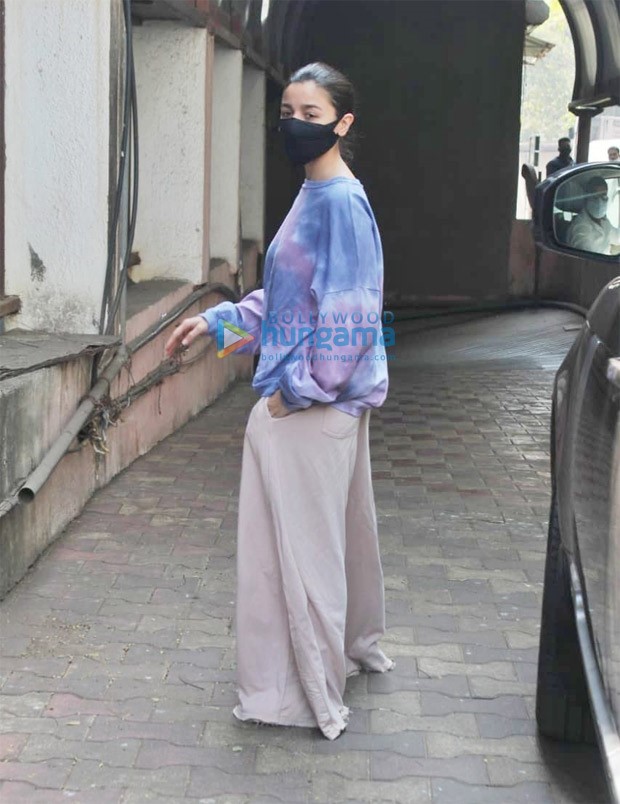 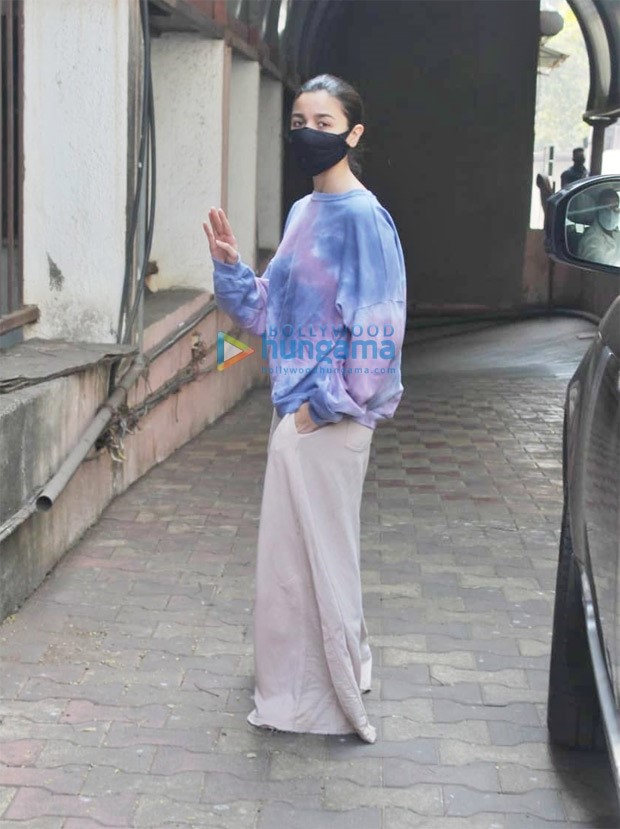 Also Read: Ranbir Kapoor and Alia Bhatt sport casual attires as they step out together