After reported gunshots, police deploy security at Kangana Ranaut’s Manali home, she says an effort to intimidate her

As per the latest reports, security has been tightened around Kangana Ranaut’s Manali home after she complained to the cops that she heard a few gunshots 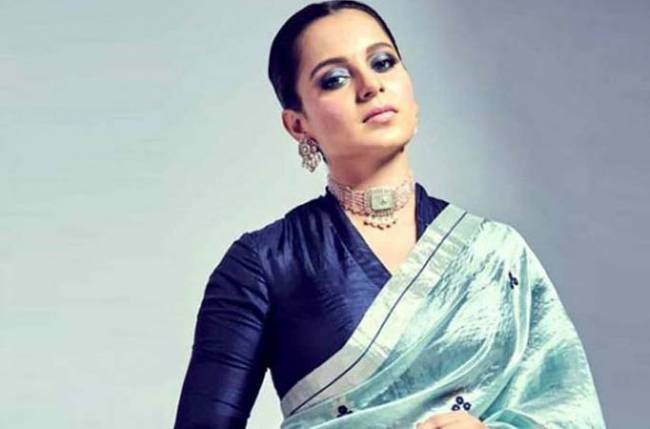 MUMBAI : As per the latest reports, Manikarnika actress Kangana Ranaut who is currently in Manali, complained to the cops that she heard a few gunshots outside her home. As per the reports, on Friday night, the actress heard a few cracker-like noises and is convinced that those were gunshots. She then complained about the same to the cops, following which, the security has been tightened around her home. In an interview with Times of India, Kangana Ranaut gave a detailed account of what happened.

To TOI, Kangana revealed that at around 11.30 pm on Friday, she heard a cracker-like sound. When it happened the second time, she got convinced that it was the noise of a gunshot. She was quoted saying, “I was in my bedroom, at about 11.30pm. We have three floors. We have a boundary wall, behind which there are apple orchards and a water body. I heard a cracker-like sound at 11.30. At first, I thought it must be a cracker. And then another shot happened, and I got a little alarmed since that sounded like a gunshot. Right now, there’s no tourist season in Manali or anything, there would be nobody out with crackers at this time.”

Kangana Ranaut further revealed that she called up her security in charge and the team could not find anybody outside. It appeared to the security guards that some kid was doing some mischief. Later the cops were called. Kangana Ranaut informed that cops were of the opinion that someone from the orchards might be shooting the bats. The next day, she called up orchard owners but they said they weren’t shooting any bats at night. The actress confirmed that the cops have increased the security outside her home and are even checking the vehicles coming in.

When asked why somebody would fire gunshots outside her home, the actress stated that it could be to intimidate her as she has been openly talking about Sushant Singh Rajput’s death. She was quoted saying, “I do feel that, you know, because I have made a political comment on people who are known for their goondagardi. So this may have been a small-time alarming call for me that okay, you know, don’t talk like that about us or something like that… to me seems like that, because such an activity has never happened here before. And I have witnesses who have also heard it along with me.”

(Also Read : Kangana Ranaut denies being called for questioning in Sushant case yet)