Actress Anushka Sharma shares a pic of her team from the sets on her Insta handles’ story, who is seen embracing the ‘new norm’ by being completely covered-up in PPEs. 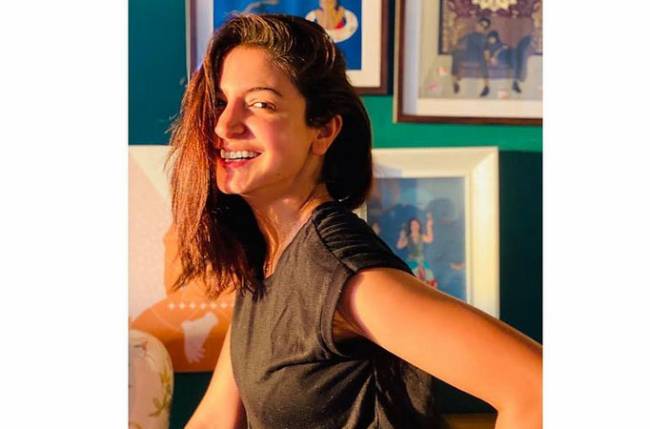 MUMBAI: Mommy-to-be Anushka Sharma, who is quite active on social media, has shared a glimpse of her shoot life on Instagram today. She shared the picture of her team from the sets on her Insta story.
In the picture, her team can be seen sporting PPE kits and masks while resuming the shoot.

Since Anushka is expecting her first baby, the team is making sure to take precautionary steps on the sets.

Along with the picture, Anushka wrote, “Looks like there’s a dress code on set today” followed by a funny emoji.

Meanwhile, Anushka keeps sharing beautiful pictures on social media and showing off her baby bump in style. In no time, she takes the internet by storm with her cute pictures.

Yesterday, she shared a pretty picture of herself which was clicked by her father. Her father captured a ‘perfect chai time candid photo’ and it was all things love. Sharing the picture with her fans, she had written, “When your dad captures your perfect chai time candid photo and tells you to cut him out of frame but you won’t because – daughter !”.

Anushka and Virat Kohli are all set to welcome their first baby in January 2021. The duo announced their pregnancy in August 2020 and set the internet on fire.

They shared an awwdorable picture wherein Anushka was seen showing off her baby bump and it bore the caption, “And then, we were three! Arriving Jan 2021 ”.

On the work front, Anushka was last seen in ‘Zero’ alongside Shah Rukh Khan and Katrina Kaif. She is yet to announce her next film.