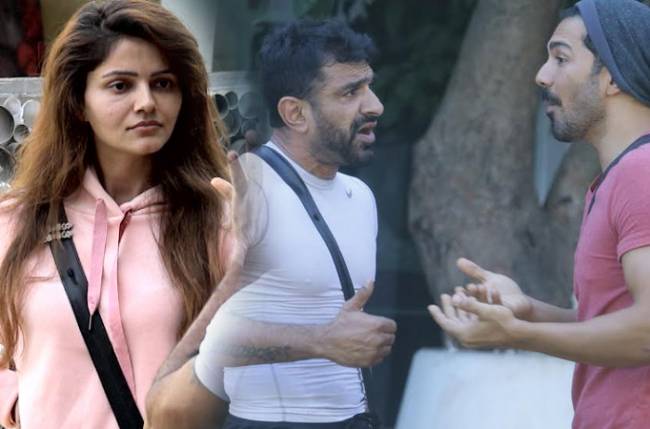 MUMBAI: As the game heats up with each passing week in Bigg Boss, we see new rivalries being created. With the housemates locked in for so long, friction is inevitable. However, for the first time, we will see this sort of a rivalry in the Bigg Boss house where a married couple is up against another contestant!

When Rubina decides on preparing food, Eijaz gets upset with her. Rubina says that she is only deciding because it is healthy. She also says that Eijaz has always complained about having a bad stomach and that she is making a decision for the sake of the health of all the housemates. She requests them to not eat impulsively but the housemates seem to not like it one bit. Rahul turns and says that her request seems more like an order and she is no one to order them! Ultimately, Rubina is fed up with how the housemates are behaving with her. It is ‘muesli’ that the housemates are fighting for. Eijaz actually goes on to claim that he will eat muesli thrice a day from now on!

This battle between Eijaz and Rubina is far from over, as it extends from the dining area to the garden. Rubina tells Eijaz that he doesn’t understand things at all, while Eijaz asks her to not tell him what he can and cannot do. As Rubina holds out her hands to ask him to remain calm, Eijaz gives her a ‘hi-fi’. This is when Rubina takes a stand and asks Eijaz never to touch her without her permission. This is when Abhinav steps in. Abhinav, who has not interfered with any arguments between his wife and Eijaz thinks Eijaz has crossed a line and asks him to back off. He tells Eijaz to never touch Rubina ever again!

How will this play out? Does Eijaz’s hi-fi lead to more clashes between him, Rubina, and Abhinav?